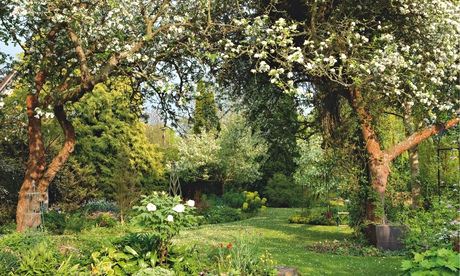 Anyone with a passion for bulbs will be familiar with the conundrum: how can you squeeze as many different species as possible into a small space? Rod and Jane Leeds have the answer. They take advantage of the fact that different bulbs need to be planted at different depths to perform their best by layering the planting in their garden to make maximum use of the same piece of ground.

Rod and Jane garden on an acre in Suffolk, but it is the garden surrounding the house where they use the technique. This way the ground works hard all year; they don’t have to avert their eyes from dormant spring beds in summer or trail down the garden to look for autumn flowers. The plants can take centre stage in succession all in one place. It’s an ideal method for planting up pots and tubs, too. 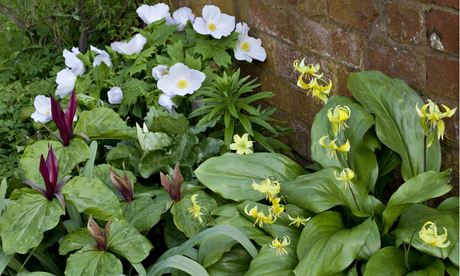 
The ground under a tree canopy can be a difficult area to plant, but spring bulbs are ideal as they take advantage of maximum light levels before the tree is fully in leaf. Rod and Jane underplanted their apple trees with a succession of bulbs, starting with crocuses. As the trees lose their leaves in autumn, a carpet of Cyclamen hederifolium comes into flower.

The borders surrounding the house come to life early in the year with snowdrops of every description. As they finish flowering, drifts of azure scillas take their place, followed by low-growing starry yellow anemones (Anemone ranunculoides), tall snowdrop-like summer snowflakes (Leucojum aestivum) and white and yellow dog’s-tooth violets (erythronium). 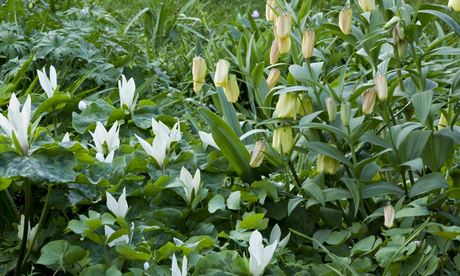 
“It’s all about timing, about orchestrating the display,” Rod says. Just as any fading bulb foliage starts to look untidy, useful perennials such as ground-cover hardy geraniums and campanulas come into play, joining a backdrop of the familiar and not-so-familiar – perennial honesty (Lunaria rediviva), trilliums, Solomon’s seal, pulmonarias and hellebores.

It’s the sort of garden that sends you scrabbling for notebook and pen, as there are so many intriguing species, from the elegant Siberian fritillary (Fritillaria pallidiflora) with nodding greeny-yellow bells to the sinister-looking Arum hygrophilum and the bright pink orchid-like Pleione formosana. The shrubs are equally unusual. The wire-netting bush (Corokia cotoneaster) has angular zig-zag stems; there’s a spindle bush that looks more like a bamboo (Euonymus cornutus var. quinquecornutus) and the snow-white blooms of tree peony ‘Yu Ban Bai’. 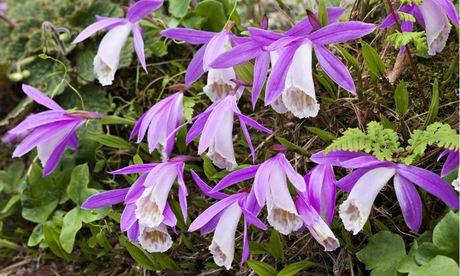 
Rod says the key to this diversity is growing plants from seed – including bulbs. Take the Tulipa sprengeri: “This lovely red tulip is a ridiculous price per bulb, but it’s the most prolific tulip for producing seed. Sow the seed, wait three years, then you’ve got new bulbs coming for pennies.” He has even grown trees from seed, including the 33-year-old sweet gum (Liquidambar styraciflua): “When you’ve grown a tree from seed you feel it’s yours.”

How to plant bulbs in layers

In borders Choose bulbs that will create successive waves of colour. The earliest, of course, are snowdrops: as their flowers fade, try blue Scilla siberica followed by small early daffodils such as Narcissus asturiensis, fritillaries of all descriptions – from chequer-board-petalled snake’s-head fritillaries (F. meleagris) to green-and-brown striped F. elwesii – followed with a burst of Tulipa sprengeri. Follow the planting depths given by the bulb supplier, starting with the deepest first. Then add summer perennials – you need something robust to cover up fading bulbs, but not too thuggish. Rod and Jane tried using Canterbury bells, which ran riot through the beds and had to be dug out. Now they go for more restrained ground-cover geraniums. 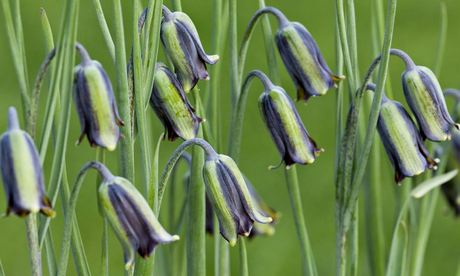 
In pots The smallest spring bulbs are better appreciated in pots: they get lost in the wider garden. Growing in pots also avoids bulbs getting waterlogged and rotting. Rod’s suggestions for a permanently planted pot or tub would be small snowdrops such as ‘Tiny Tim’, just 5cm tall. These tie in well with anemonellas; small anemone-like flowers in soft pinks, in either single or many-petalled double forms – Rod grows an unusual green-and-white flowered variety, A. thalictroides ‘Green Hurricane’. Add some small-species crocuses (not the large-flowered Dutch sort), followed by oxalis for its flowers and clover-like leaves from May onwards. Avoid plants that self-seed – a nuisance in a limited space – so look for sterile cultivars instead.

Maintenance Once plants are in place, this is the ultimate in no-dig gardening – it’s impossible to fork around bulbs to incorporate soil-improving organic matter without spearing precious specimens. Instead the trick is to top dress. “We do this in late January by mulching with spent mushroom compost,” Rod says. Spent mushroom compost is slightly alkaline, which matches the natural ph of their soil, adds humus and isn’t contaminated with weed seeds. To top dress pots, tease out the top few centimetres of potting compost and replace with fresh.