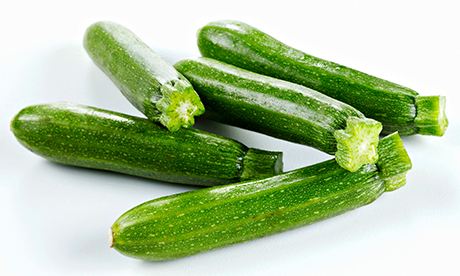 You can buy courgette seedlings from a garden centre, but it’s cheaper to sow seeds yourself. Photography: Alamy

There are few certainties in gardening, but here’s one: you’ll have the wrong number of courgette plants. Just one may be killed by pests or bad weather, but two or more may confound you by all making it to maturity. A flourishing courgette patch is the gift that keeps on giving, long after you wish it wouldn’t. With courgettes, it’s always feast or famine.

That said, it’s usually feast. I used to live on a mountain, where the soil was poor and the growing season short. Even so, every summer my neighbours and I had far more courgettes than we could eat. At “peak courgette” you’d be frightened to leave the house, in case someone left a few of theirs on your doorstep while you were out.

So why bother growing your own? Partly for the flowers, which are so delicious stuffed with herbs and cheese, but mostly because fresh, local courgettes are much tastier than those that have travelled. You just need to make sure you harvest them young, before they turn into the bloated specimens known as marrows.

You can buy seedlings from a garden centre, but it’s more satisfying – and cheaper – to sow seeds yourself, either indoors in April for later transplanting, or straight into the soil round about mid-May (followed, if you like, by another sowing in a month’s time). Either way, the flat seeds should be sown 2cm deep, on edge, to reduce the likelihood of rotting. Ideally, you should sow three or four in each 10cm pot, then cut off all but the strongest seedling. You can plant this out once it has two large leaves and a third one on the way. Be gentle, as the stem is fragile.

Outdoors, you can use the same technique of sowing more seeds than you need, then thinning. The lucky seedlings should be about 90cm apart. In theory, you want about one plant per adult.

Once the plants are well established, you shouldn’t need to water them more than once a week, taking care not to wet the plant itself. The first courgettes could be ready just eight weeks after sowing. While you’re waiting, start looking up recipes for chutneys and pickles. You’ll almost certainly need them.