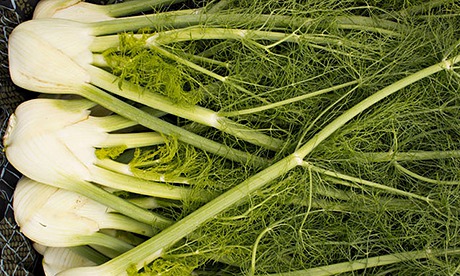 Are you troubled by witches? Then you should be growing fennel, a plant our ancestors knew to be “great in power” against evil. As the 10th-century Nine Herbs Charm put it, “finule” defends “against a fiend’s hand and against trick, against witchcraft of vile creatures”.

It’s also good with fish and fatty meats. Every bit of the plant can be used in the kitchen, from the stalks to the flowers to the seeds and even, at a pinch, the woody roots. One medieval household consumed eight-and-a-half pounds of seeds in a single month, according to Sarah Garland’s ever-fascinating Complete Book of Herbs and Spices.

Fennel comes in two main forms – common fennel, a tall perennial that grows wild around the Mediterranean, and Florence fennel, the annual whose pale, swollen bulbs we see in shops and supermarkets. Both can be used to flavour food, but only Florence is substantial enough to be a meal in itself. Jane Baxter has a beautiful recipe for baked fennel with parmesan that calls for just three ingredients, the third being butter.

Inevitably, Florence fennel is the harder of the two to grow. So let’s start with common fennel. One or two plants ought to be enough for most households, since it can reach two metres high and shouldn’t need replanting every year.

So the smart and lazy thing to do is simply to buy a couple of plants and stick them somewhere sunny with good drainage.

Otherwise, sow a few seeds in their final planting position, between late spring and early summer. Thin the seedlings so they’re 25-30cm apart, and stake them once they reach about 50cm high. You can start cutting the leaf tips long before that.

For Florence fennel, sow seeds into their final position in midsummer, thinning the seedlings to 30cm apart. Keep well watered. When the bulbs are as big as a golf ball, heap soil around them to keep the sunlight off; this “blanching” will make them more tender. Try not to disturb the roots, as this will encourage bolting and leave you with flowers but no decent bulbs.

Harvest the bulbs once they reach 7-8cm across; if you cut them off at ground level rather than pulling the whole plant up, the roots should produce a second crop of feathery shoots.