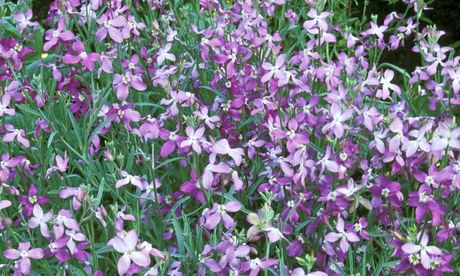 After a slightly boozy reception at the Chelsea Flower Show last month, a couple of colleagues and I found ourselves wandering the show after dark. We had the grounds almost to ourselves, save for the maintenance teams and the stragglers still clutching tilted champagne glasses.

Once we had walked the darkening gardens the tent drew us into its brightly lit interior. As we moved from stand to stand the atmosphere shifted distinctly and I soon came to realise it was as much to do with the perfume as it was the intensively huddled plant collections. Clouds of rose, lily or strawberry hovered in the vicinity of their host exhibit and the smell of turf provided the interlude to this surreal experience.

We all know that smell is one of the most evocative of the senses. In a garden it can also be transporting, taking you back in time or better still putting you right in the moment.

Night-scented plants release their perfume in an effort to attract nocturnal insects and I like them particularly for that extra layer that they bring to a garden after night-fall.

Arriving home after Chelsea, we were greeted by the smell of a stock as the car doors swung open. We think the plant came here on the boot of a friend, trodden from their garden to ours. A solitary plant has provided such riches: indeed the perfume is powerful enough to jump the hedge or to sweeten a room as a posy. The headiness is reminiscent of talc and grandmothers’ bedrooms as I remember them, but despite its strength it is never overpowering.

Matthiola perennis “Alba” is a biennial or a short-lived perennial. Grow it from seed in spring or early summer and you will have a flowering plant the following spring. The original plant came from Special Plants, a nursery whose owner, Derry Watkins, has an eye. Though it is special, it is not hard to grow as long as it has a sunny, free-draining position.

It will start to flower in April and by the time it has peaked, in late May, it will be covered in ripening seedpods. Save a few for scattering in a suitable new position on the edge of things where there is light and air, and rip out the parent plant at the end of the second season. You will find it has seeded itself if it likes you and seedlings can be lifted and grown in a pot so you can give them to friends or bring them into the house.

Matthiola perennis “Alba” is a far better plant than night-scented stock because it is perfumed in the day as well as by night, but a packet of Matthiola longipetala is always worth having in the drawer to sow at the base of pots close by the house.

Sow night-scented stock at three-weekly intervals throughout the summer, as flowering plants are in season for about three weeks before they go to seed. Seed to flower is usually about six to eight weeks, so sow now for the summer holidays and the expectation that night-time will bring magic.