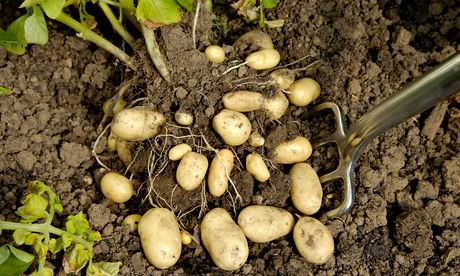 Community gardens can help residents think about where their food comes from, and stimulate demand for local produce. Photograph: Alamy

Given the headline above you’d be forgiven for not jumping out of your seat to get your hands on a copy of our latest report, Planning sustainable cities for community food growing. Perhaps even less so when you learn that it is aimed primarily at planners, to help them build on the government’s National Planning Policy Framework (NPPF). Still with me in the back row?

But widespread interest our recommendations is a testament to the rapid growth of the local food movement. Through the Capital Growth initiative, more than 2,000 new community food gardens have been created in London alone. Blossoming on housing estates and in schools, on rooftops and disused car parks, the secret to their success is in the benefits they offer and the mix of people who get involved.

Growing food in community gardens may seem a small measure, but for people living near these spaces, it can make a huge difference – improving health, regenerating local areas, providing green space and areas for biodiversity. It is also relatively cheap and empowering for local residents.

Already, there are signs that local government is starting to recognise the important role that community food growing can play, particularly when put in the wider context of local food systems.

The Sustainable Food Cities network now includes more than 30 cities, towns, boroughs and counties across the UK that have formed local food partnerships – bringing together the public sector, businesses and community groups to look at how to improve the local food system. This ranges from reducing food waste and tackling obesity rates to helping independent food enterprises thrive and making sure public procurement supports all of these issues.

Though many of the partnerships are short on funding, they can (and do) influence local policy. With rising public interest in space for people to grow their own food, this has come out as a priority in many council plans.

The food groups forming around these spaces have also evolved. What started as simply planting potatoes has grown to questioning where our food comes from and how it is produced, and influencing government policy on food and farming. For some younger growers, getting involved in local food gardens provides their first education about how food grows at all.

When you put all that effort into growing a bunch of carrots, it gives you a new-found respect for farmers. It can also stimulate demand for locally produced fresh food, which leads some to set up their own co-operatives or box schemes and also provides new markets for local farmers. Though most of the gardeners are growing for their own consumption, more and more are putting aside a bit of their harvest to sell locally to help pay for ongoing running costs; some are even starting up small enterprises.

During last autumn’s Urban Food Fortnight more than 100 events were held across London showcasing wares from local gardens, with chefs putting on pop-up dinners in the community gardens. As well as raising the profile of the gardens, it demonstrated the demand for locally grown food in restaurants and shops – parsnips with provenance, salad with a story.

Whether local growers are looking to save money, make money, meet their neighbours or revitalise an unloved space, the community food movement should be supported to flourish.

Ben Reynolds is deputy coordinator for Sustain, the alliance for better food and farming

The supply chain hub is funded by the Fairtrade Foundation. All content is editorially independent except for pieces labelled advertisement feature. Find out more here.

Join the community of sustainability professionals and experts. Become a GSB member to get more stories like this direct to your inbox