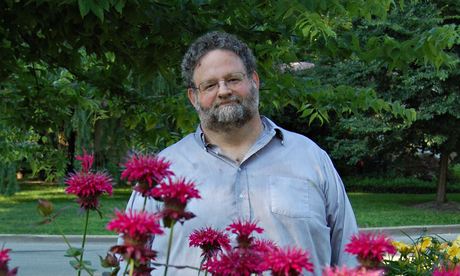 ‘I had begun to read the blogs of other gardeners and there seemed to be an online community I wanted to be part of,’ says Jason Kay from the blog Garden in a City. Photograph: Judy Hertz

When did you start writing Garden in a City and what compelled you to start the blog?

I began the blog in January, 2012. I’m an avid gardener and I like to show off my garden. My wife Judy is a talented amateur photographer and so we have lots of pictures to share. Also, I really needed something to keep my mind off of work, at least when it’s too dark or cold to be gardening. Also, I had begun to read the blogs of other gardeners and there seemed to be an online community I wanted to be part of.

Had you already been gardening for some time before that? Is it something you have always done?

I’ve been interested in gardening since I was a child. My dad was a city boy who grew up in an apartment. When he moved to the suburbs he was thrilled to have his own garden. He took real pleasure in coaxing life out of the soil and both my brother and I picked that up from him. Growing up, I was responsible for our small vegetable garden, and in the summers I worked for my brother who ran a landscaping business out of a borrowed station wagon. My wife is also keen on gardens, though possibly not as fanatical as I am. Before we bought our own home we planted flowers in the barren backyard of our apartment building. I remember the landlord was thrilled with the morning glories we grew on his chain link fence. 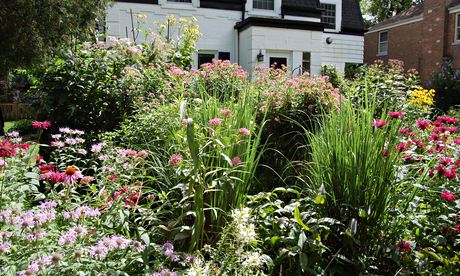 ‘I’m an avid gardener and I like to show off my garden,’ says Jason Kay. Photograph: Judy Hertz


What have you learned while writing the blog?

I’ve learned that there really is such a thing as an online community. I’ve gotten to know gardens and gardeners not just in my own area, but in Canada, Italy, the UK, Russia, and lots of other far flung places. Last year I went to an event for the first time, held in a different city every year, called the Garden Bloggers’ Fling, which brings together garden bloggers from all over North America plus a few from Europe. It was an enormous amount of fun.

When it comes to blogging, what works for me is writing more posts but of a shorter length. I generally aim for not more than 500 words or a dozen photos in a single piece. This requires the discipline to not say everything at once, to hold some things back. What might, at first, seem to be a single post is often better as two or three posts.

What sort of input do your readers have into the blog, and your gardening?

Funny you should ask that! Like many gardeners, I fret compulsively about what plants to put where. So many of my posts consist of asking readers to help me choose among plants. I’ve actually designed borders through what amounts to online committees. Beyond that, of course I get a sense of what generates interest through comments and so on. That sometimes helps me choose between topics, but as I said earlier, I only write about stuff that interests me. 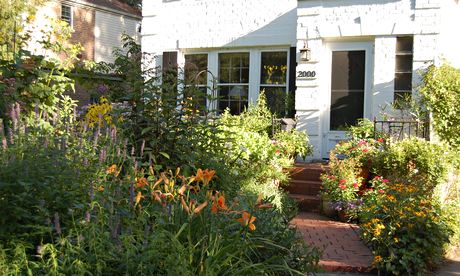 ‘My wife Judy is a talented amateur photographer and so we have lots of pictures to share.’ Photograph: Judy Hertz


What are the struggles of maintaining a garden in such a big city as Chicago?

Not enough space! There isn’t nearly enough space for all the plants I want. Actually, we live in an inner ring suburb on the northern border of Chicago. Since I dug up most of the lawn, our house does stand out somewhat from all the other houses on the block. I did have a neighbour once complain that I was making it harder for him to sell his property, but most of the comments I get are very positive. Though some people do occasionally stick beer cans, candy wrappers and other trash into my plants along the sidewalk.

Do you think the US does enough to address environmental issues?

Of course not. We have one political party who hates regulation of all kinds and has made it an article of faith that global warming is a hoax. The other party is fairly tepid in its commitment to the environment. So as a country our environmental record is less than stellar. Of course, we are hardly alone in that.

What encourages you to keep writing the blog, and keep gardening?

I’ll admit, I love it when people admire my garden. I just eat it up. That applies to people online, people walking by on the sidewalk, and friends coming over to visit. But I also take pleasure in gardening and in writing, I think I would do both even if no one ever saw the results of my labour. There’s a tranquility I get simply from the effort of working both with words and with the soil.

Jason Kay lives in Chicago and writes the blog Garden in a City.

Interested in finding out more about how you can live better? Take a look at this month’s Live Better Challenge here.

The Live Better Challenge is funded by Unilever; its focus is sustainable living. All content is editorially independent except for pieces labelled advertisement feature. Find out more here.